Indonesia is the largest Muslim-majority country in the world. It is also the biggest archipelago, consisting of over 17,500 islands. The dispersion of the islands means that distinct microcultures have developed to be regionally specific. Furthermore, over 300 ethnic groups are spread across Indonesia. The largest is the Javanese population (41%) that mostly occupies the island of Java. Others include, but are not limited to, the Sudanese, Malay, Batak, Madurese and Betawi people. Most ethnicities have languages, histories and cultures that pertain specifically to them. Hence, Indonesians tend to identify themselves locally foremost (according to their ethnicity, family or birthplace) before defining themselves nationally.
This general summary addresses the common principles and concepts that contribute to the values and behaviour of many Indonesians. However, Indonesians are so diverse that this overview will not be applicable to every individual. An Indonesian’s regional, linguistic and ethnic background must be considered in order to fully understand that individual’s cultural influences. For instance, one can observe dominant Indonesian culture to largely reflect characteristics of Javanese and Islamic society. Yet, the Balinese population, occupying the Island of Bali, are mostly Hindu. They follow different customs and traditions, have an alternate religious calendar and are divergent from other ethnic populations in many other ways.
This being said, there are cultural concepts of broader Asian culture that are recognizable throughout Indonesia. For example, face is the quality embedded in most Asian cultures that indicates a person's reputation, influence, dignity and honour. By complimenting a person, showing them respect or doing something to increase their self-esteem, you give them face. Similarly, people can lose face and save or build face. Therefore, individuals in Indonesia usually act deliberately and with restraint to protect their self-worth and peer perception. Conservative conduct is the norm, as people don’t want to stand out and/or risk losing face by doing something inappropriate.
Harmony is also a guiding philosophy in Indonesia. It affects many features of society, particularly those of family and business. Working in harmony is viewed as the crucial element for productivity; thus the Indonesians have a predisposition to be indirect, gentle and courteous – even if they disagree with what you are saying.
Indonesia is also more collectivistic than Western societies. Individuals often perceive themselves to be members of ‘groups’ rather than autonomous actors. These groups reflect or come to define who its members are and often expect a high degree of loyalty. For example, the group’s interests usually supersede those of the individual, even if they conflict. Furthermore, group members expect to receive preferential treatment over anyone who is not part of the group. In return for this loyalty, an individual gains a sense of belonging, protection and unity. This is important as unity is considered essential to maintaining harmony among all the diverse populaces.
This collectivism also influences social behaviour. Due to the country’s high population density, people in Indonesia rarely do things or go places by themselves. Those who operate alone are sometimes pitied or even questioned about their solitary ways. Privacy doesn’t have the same value that it does in Western societies. People immerse themselves in others’ lives. Curiosity spurs gossip, and a person’s business easily becomes the community’s business.
Indonesian society is hierarchical, organised predominantly by age. One’s status, education and perceived power will demand degrees of deference, but age usually becomes the overriding factor determining the level of respect. Elders are presumed to have the most wisdom and are therefore considered the most deserving of authority. Indonesians may use honorific speech and bow slightly when talking to someone older than them. Women have full civil rights; the Islamic code that professes a separation between genders is not followed as stringently as it is in other Islamic countries. However, there is a distinct attitude in society that sees females as secondary to males.
Generally, Indonesians are very gracious people who enjoy affection and have a desire to please. By large, they respond well to those who show respect in the appropriate fashion and pay them recognition. By being warm, generous with your time and visibly displaying that you like them, you are likely to experience their enthusiasm and friendship. 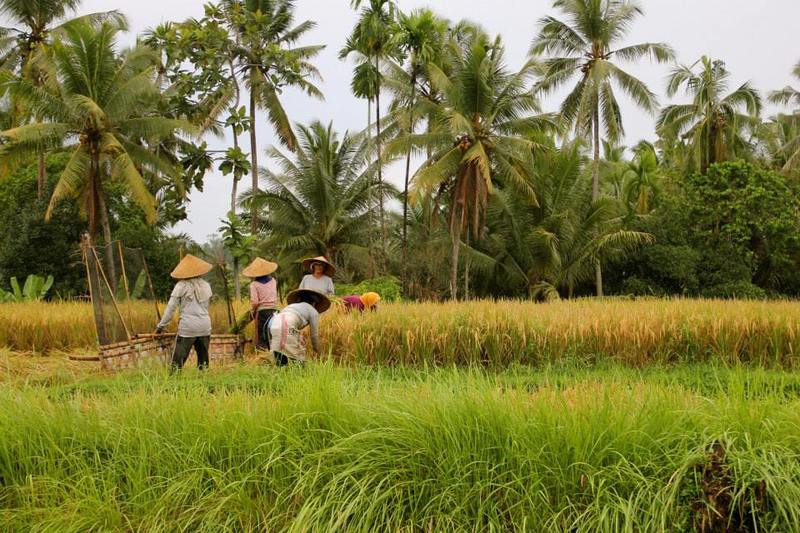 A trusted source to answer your questions about the world's cultures and religions.